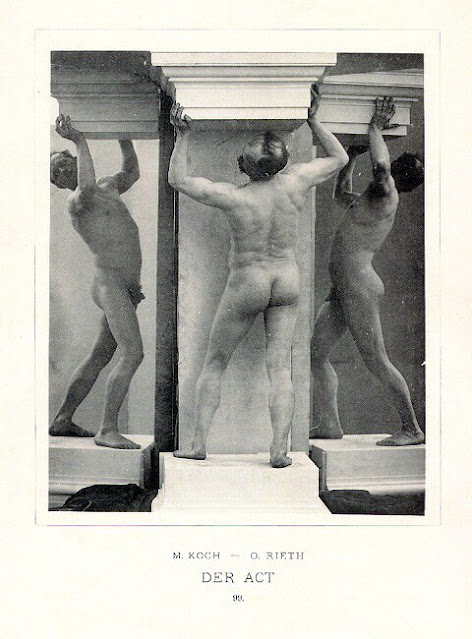 Koch's partner in producing his best known work, the 1894 photo book Der Act,  was Otto Rieth,
best known for his drawings and diagrams of architectural features and details.  Many observers
credit Rieth for the use of such elements in Der Act.  The deployment of mirrors was prevalent
in the series, too, but it's unclear whose idea that was.
Posted by Vintage Muscle Men at 2:30 AM