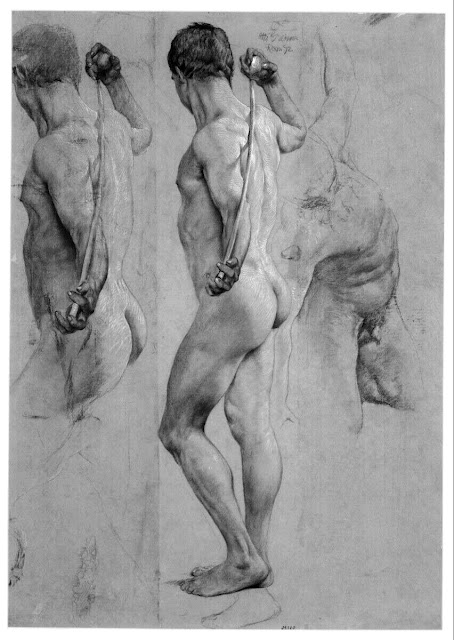 There are two distinct versions of the main subject in this Greiner drawing, plus a loosely done third image that seems to be the same model from a different angle.  It is dated 1892 when Greiner would have been age 23.  That was the same year he finished his studies in Rome under Max Klinger and moved to Munich to begin his own career using Klinger's vacant studio.
Disclosure:  I used software to remove yellowing and increase contrast to show detail.
Posted by Vintage Muscle Men at 2:30 AM