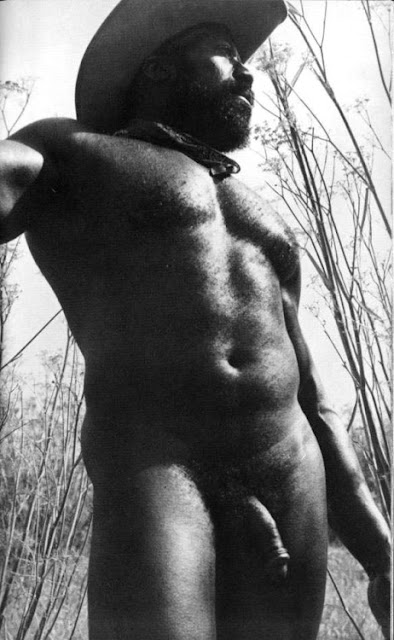 I received a rare double feature request from Marc of Philadelphia for some "modern" photos of black men to be followed up by a historical art series on the same theme.  So that led me to the work of Craig T. "Calvin" Anderson, the owner of Sierra Domino Studio.  Most active in the 1970's, Mr. Anderson had an amazing stable of models nearly all of whom used pseudonyms.  We start with "Jamaica."
Posted by Vintage Muscle Men at 2:30 AM