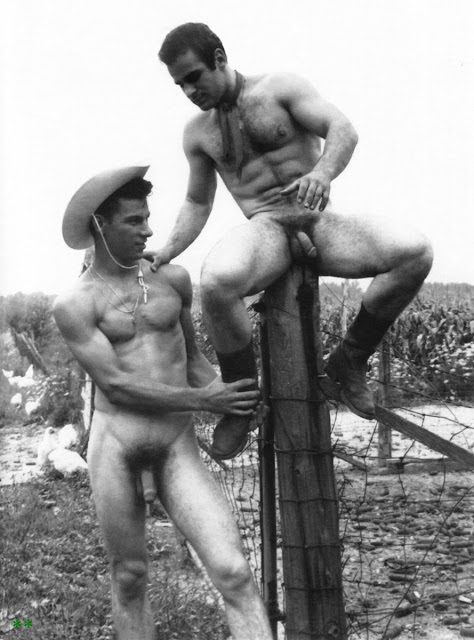 The imagery in this Kris Studio photo from a Rawhide magazine spread is just too good to pass up.
The two guys are Johnny Amati (on the fencepost) and someone named Stafford.  The photo shoot was hokey beyond belief.  It was done on an Illinois farm, they only had one hat and pair of cowboy boots for two characters, and they used a BB gun and a Shetland pony as props.  Still, it sold.
Used by kind permission of copyright holder, Leather Archives and Museum, Chicago.
Posted by Vintage Muscle Men at 2:30 AM