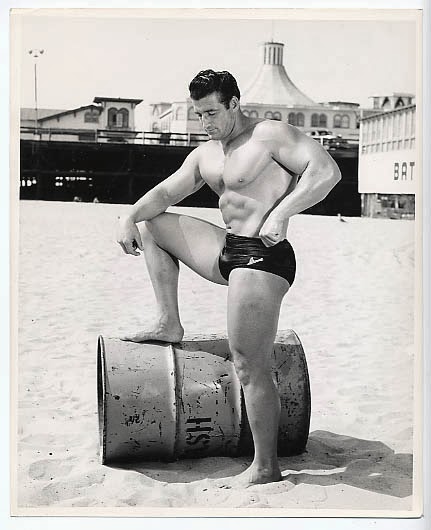 After he got out of the Navy in 1946, Bob McCune moved to the West Coast, first to the Bay Area where he studied a few semesters at Stanford U. on the GI Bill.  He was "discovered" in a San Francisco gym by some unknown advisor and told he should move to LA where the Muscle Beach scene was developing.  That let to competitive bodybuilding and his winning national titles in '47, '48, and '49, the latter being Mr. America.  This photo was made at Muscle Beach by an unknown. 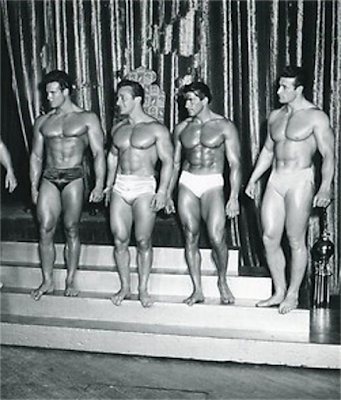 This photo from an unknown competition shows Bob McCune at right
and a guy named Steve Reeves at left.  I don't know who won.
Posted by Vintage Muscle Men at 2:30 AM

Email ThisBlogThis!Share to TwitterShare to FacebookShare to Pinterest
Labels: Bob McCune, Muscle Beach, Whatever happened to . . .