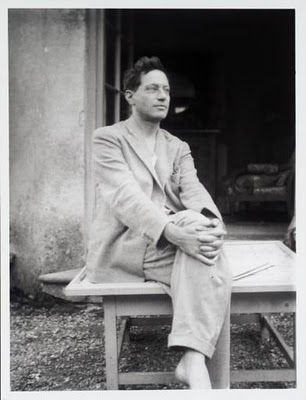 I've posted work by Duncan Grant before, but I recently came across a London gallery website
which generously posted some of his previously unpublished male nudes.  Although he was active
up until shortly before his death in 1978, he is best known for his work in that pioneering group
of mostly gay and bisexual London intellectuals and artists who made up the Bloomsbury Group
in the first half of the 20th Century.  This photo shows Mr. Grant about 1930.
Posted by Vintage Muscle Men at 2:30 AM