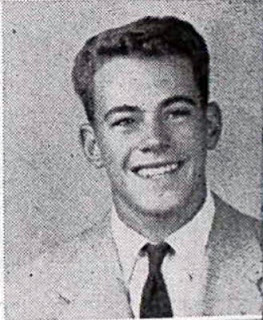 This is John Michael "Mike" Sill at age 17 in his Salt Lake City East High School yearbook photo.
This was taken a year after he won a Jowett Body building trophy, but he doesn't appear on any of the yearbook athletic pages despite being described by some as a track star.
Posted by Vintage Muscle Men at 2:30 AM

Email ThisBlogThis!Share to TwitterShare to FacebookShare to Pinterest
Labels: Mike Sill, Whatever happened to . . .