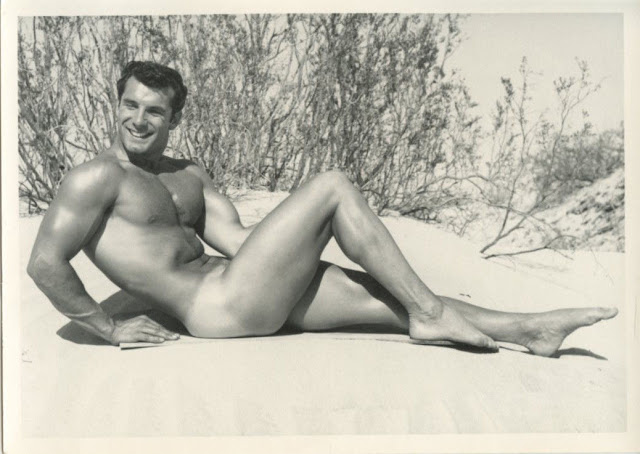 This very appealing pinup of a smiling John Weidemann in the dunes is classic Bruce of LA.
After appearing with Jane Russell and Ed Fury in Gentlemen Prefer Blondes, John helped put
his friend Steve Reeves in the hospital while they were both appearing in a Broadway production
of Kismet as the Wizard's guards.  He took Reeves on a motorcycle ride up the Hudson and unwisely
let him drive the bike without enough training.  Weidemann bailed just before Reeves hit a tree, dislocating his shoulder and breaking several ribs.  Despite these two being described as close
friends,  I could find no photos of them together, nor any additional stories.
Posted by Vintage Muscle Men at 2:30 AM