Of Men and Horses 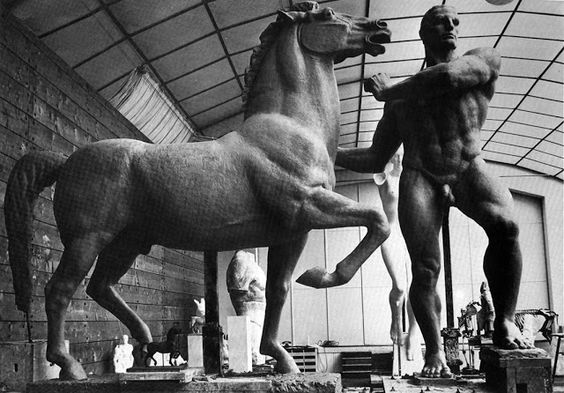 This photo was made inside Thorak's Munich studio.  He had a thing for horses and burly men, but it isn't clear if these two were separate or intended to be part of the same piece.  Speaking of horses, Thorak sculpted the two colossal horses that stood outside Hitler's Chancellery in Berlin.  Placed in storage following World War II, the horses "disappeared" in the chaos when the Berlin Wall fell and were not recovered until just a few years ago when they were found in a private warehouse.
Posted by Vintage Muscle Men at 2:30 AM