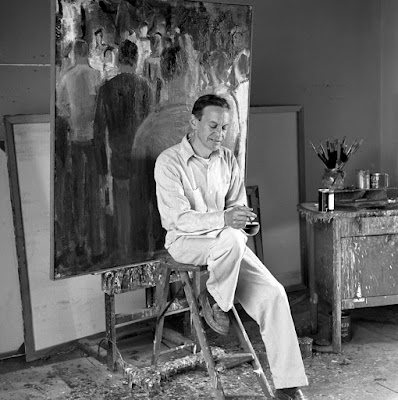 David Park (1911-1960) was a Boston born artist who moved to the Bay Area as a young man.  He worked in a style called Figurative which incorporated both abstract and realistic images in his work.  Many observers state that his work in the last few years of his life, much of it done after his fatal cancer diagnosis, was of a more realistic style, especially when human figures were involved.  Today we will see five works by David Park that differ somewhat in style, but are recognizably his.
Posted by Vintage Muscle Men at 2:30 AM