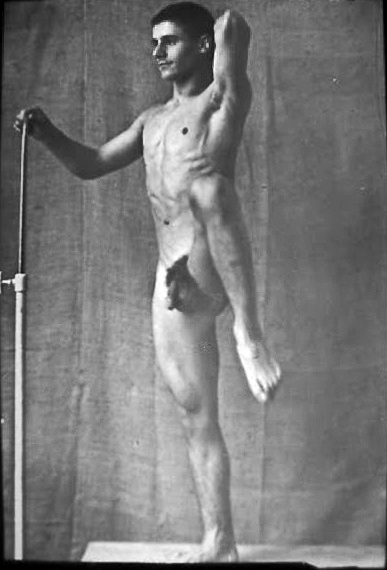 I've posted the stray example of anatomical photos before, but today that will be the whole series.  All of today's photos come from a single group that appears to have been used in an early 20th Century textbook.  The book must have been published on cheap paper because all these photos had some of the worst yellowing I have ever come across.  So, I will disclose up front that I used software to get rid of it.  We start with a guy who's almost in a ballet position, but I'm sure it's something else.
Posted by Vintage Muscle Men at 2:30 AM

Email ThisBlogThis!Share to TwitterShare to FacebookShare to Pinterest
Labels: Anatomical