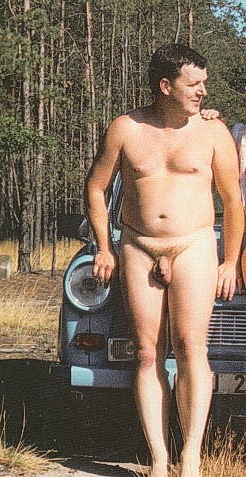 The first of two color photos in today's series features a guy from the DDR (Deutsche Demokratische Republik, aka East Germany) and his crappy Trabant car.  Although only the Yugo rates worse in the annals of automotive disasters, at least a significant number of East Germans were able to own cars, particularly compared to other Communist Bloc countries.  In fact, the DDR had the highest material standard of living of any communist country, even the USSR.
Posted by Vintage Muscle Men at 2:30 AM