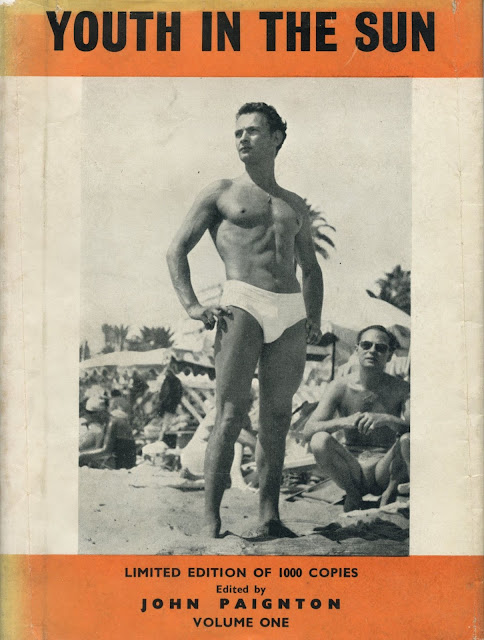 This cover photo looks like it was made on one of Barrington's expeditions to the French Riviera.
Dating from the early 1960's, it was a compilation of previously publish Barrington photos.  As to whether the "limited edition" claim is true, I'll just say that the author was often short on money and known to be less than completely honest in his business dealings.
Posted by Vintage Muscle Men at 2:30 AM

Email ThisBlogThis!Share to TwitterShare to FacebookShare to Pinterest
Labels: Barrington