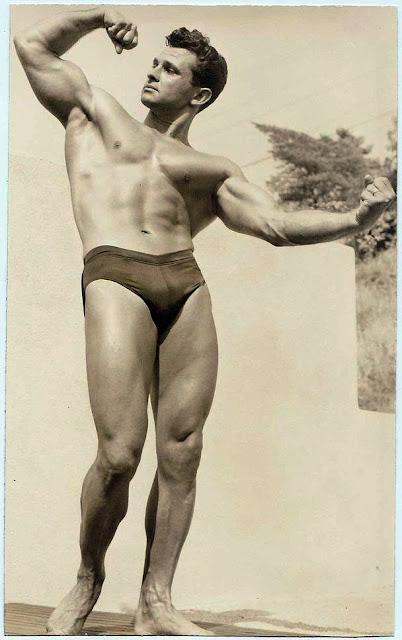 Denny Denfield was known for his remarkable ability to get men to pose nude, whether he found them at beaches or in gyms.  Competitive bodybuilder and personal trainer Vince Gironda (1917-1999) somehow managed to resist Denny, but did pose for several impressive trunk shots, such as this one.  Vince was called "the iron guru" and ran a successful celebrity gym in LA that attracted the likes of Robert Blake, Cher, Clint Eastwood, Denzel Washington, James Garner, Brian Keith, Jeff Goldblum, Clint Walker, Peter Lupus, Sean Penn, and Erik Estrada. That's not even the whole list, lol.
Posted by Vintage Muscle Men at 2:30 AM