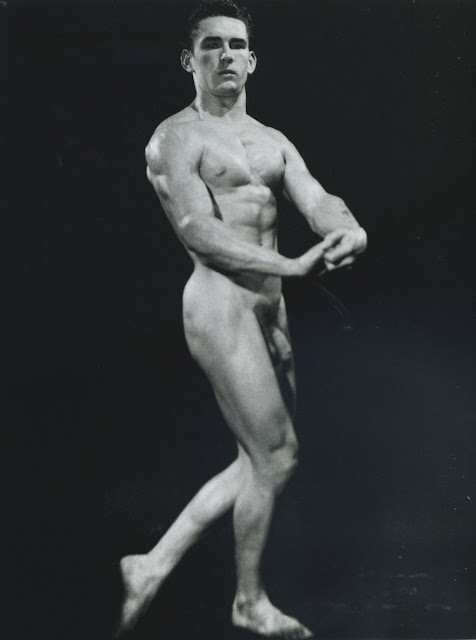 Leonard was killed in 1956, but we know his modeling work goes back at least to 1948 or 49 because all the frontal nudes of him were by Freddie Kovert who killed himself in May, 1949.  Leonard actually looks older in this Kovert photo than some of his work for AMG, so he might have begun even earlier with Bob Mizer.  I thought of doing a "whatever happened" to serie for today's material, but we all know what happened, and the only non-modeling background information I could find was a 1955 Los Angeles County marriage license for a guy with the same name and middle initial.  Probably him, but in all the various reports, I've never seen mention of any widow.
Posted by Vintage Muscle Men at 2:30 AM