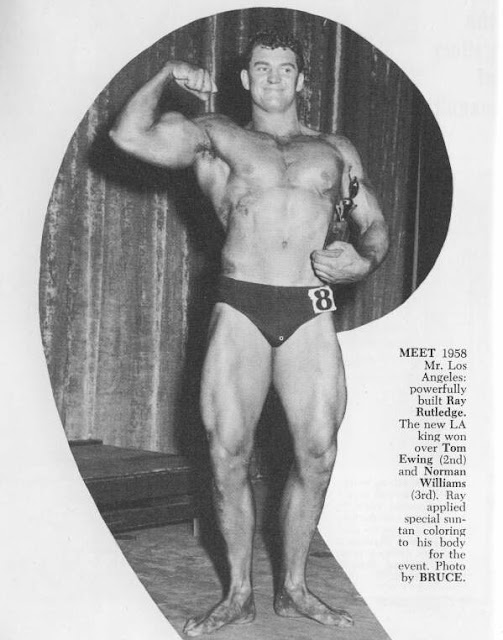 There are three points of interest in this photo and its informative caption.  First, Ray won a noteworthy title.  (Mr. LA was a big deal at the time due to the lingering importance of Muscle Beach.)  Second, he used fake tanning to darken his skin.  And third, the photo was taken by Bruce of LA who was still doing some bodybuilding magazine work at the time.  Gotta love that grin!
Posted by Vintage Muscle Men at 2:30 AM