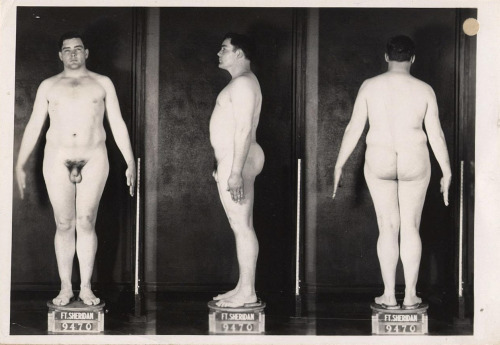 After reviewing dozens and dozens of these types of photos from the Army, the Navy, and the Ivy League, I can say with some certainty that overweight guys were far less common in the 1940s than now.  The Navy actually maintained some before and after comparisons of recruits at their St. Mary's College Pre-flight School.  Predictably, all the bigger guys lost weight during basic training.  Unfortunately, the Army didn't do this, so we can't see this fellow's likely transformation.
Posted by Vintage Muscle Men at 2:30 AM