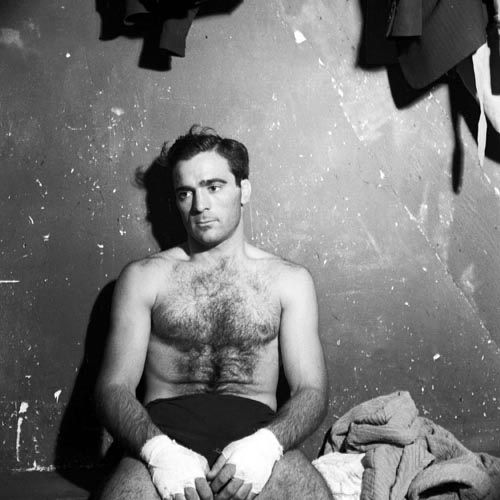 Marcel Cerdan (1916-1949) was killed in a plane crash at age 33.  In his regrettably short life, he had a very successful boxing career which included a World Middleweight title.  In the meantime, he managed to join the Allied forces to fight in North Africa and dated Edith Piaf after the war.
Posted by Vintage Muscle Men at 2:30 AM