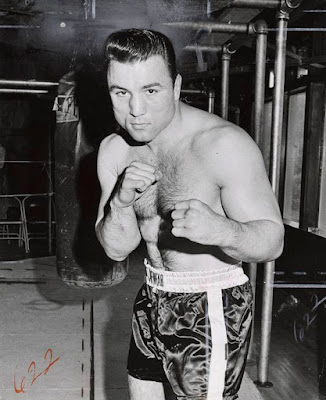 George Chuvalo, a Canadian of Croatian descent, was a major contender for the Heavyweight Championship at one point, having fought and lost in two championship matches.  His other claim to fame was never having been knocked down (never mind knocked out) in his 93 professional bouts, including the one in which he challenged Mohammed Ali for the world title.
Posted by Vintage Muscle Men at 2:30 AM

Email ThisBlogThis!Share to TwitterShare to FacebookShare to Pinterest
Labels: Boxers