Ray Routledge Day, Part 1 - Nude, but only early on 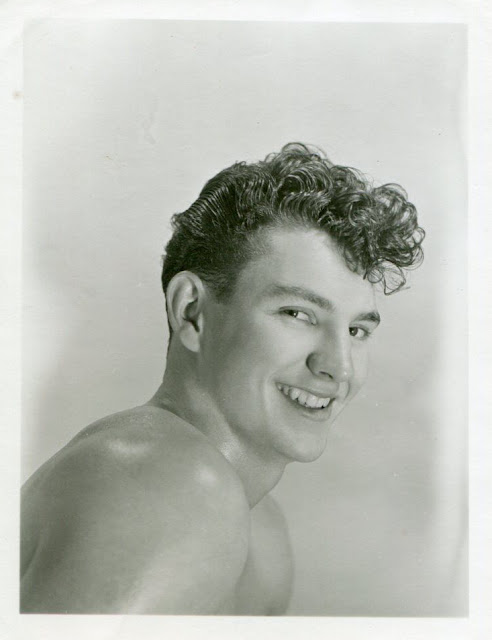 Ray Routledge (1931-2008) burst onto the LA scene right out of the Coast Guard in 1953 as part of the Muscle Beach phenomenon.  His professional bodybuilding career spanned an amazing 26 years, winning his last title in 1979 at age 48.  Early on, he supplemented his income by posing nude for Russ Warner, Dave Martin, and possibly Bruce of LA.  (Warner and Bruce both photographed him in trunks for magazines, btw.)  Ray appears to have ended his nude work when he began winning major competitions around 1957.  He joined the Air Force in the late 1950's and continued to compete while on leave, winning Mr. American in 1961 after flying in from an air base in Germany.  After running an unsuccessful gym for a time, he eventually became a prison guard.  Above by Warner.
Posted by Vintage Muscle Men at 2:30 AM