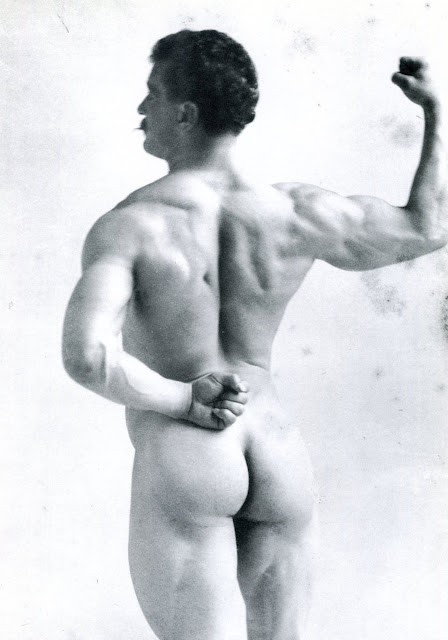 Eugen Sandow did a lengthy residency in New York City in the 1890s.  His Broadway stage show
was a sensation, and he admitted both men and women to his dressing room after performances.
They were allowed to feel his muscles and who knows what else . . . for a fee, of course.  Sandow's musical accompanist, Dutchman Martinus Sieveking, shared an apartment with him and took up bodybuilding himself.  There were rumors, and Sieveking eventually moved to Nebraska to teach
piano after being offered what was a small fortune ($6,000) at the time.  He complained that
none of the men in the small town wanted to take piano lessons, only women.
Photo by Sarony, 1893.
Posted by Vintage Muscle Men at 2:30 AM