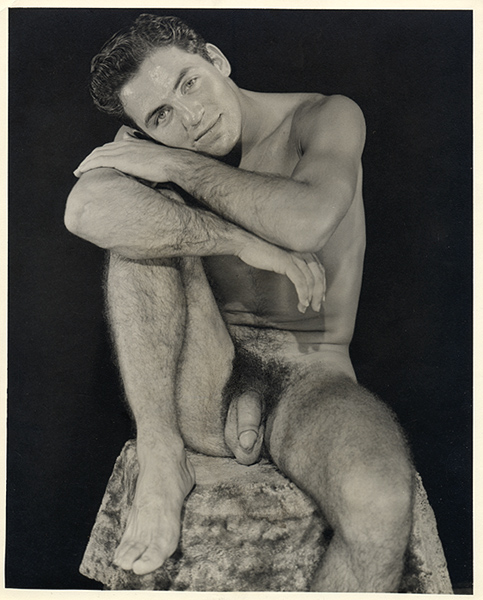 Pat Parris (sometimes spelled Paris) posed for a very pleasing set of photos in
Fred Kovert's studio.  Some of these images were pirated over 20 years later by some
unethical fly by night publishers in the wake of liberalization.  Neither the studio nor
the model were properly credited, never mind paid.  I suppose they thought it was
OK because Fred Kovert was long dead at that point. Not in my world.
Posted by Vintage Muscle Men at 2:30 AM