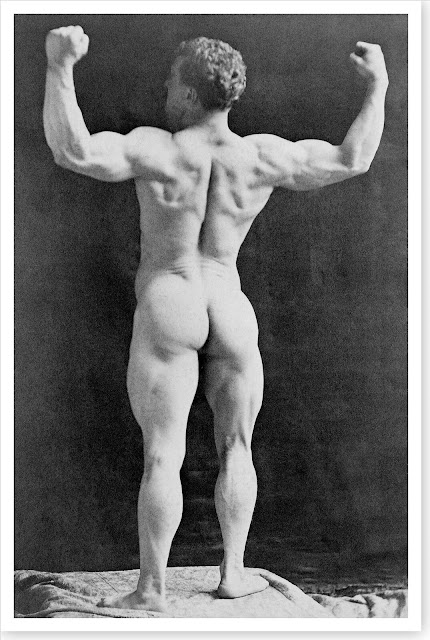 Today we have a feast for the Bum Brigade, five photos of Eugen Sandow's magnificent behind.  Sandow was a worldwide sensation in the late 19th and early 20th Century, and there were and continue to be persistent stories that he was bisexual.  When he died at age 57, his wife and daughter burned all his letters and personal papers and buried him in an unmarked grave.  That last bit is especially telling since he left a considerable estate to them.  It was over half a century later that a fan raised the money for a suitable monument on this man's grave.  So let's look at Sandow from the rear.
Posted by Vintage Muscle Men at 2:30 AM