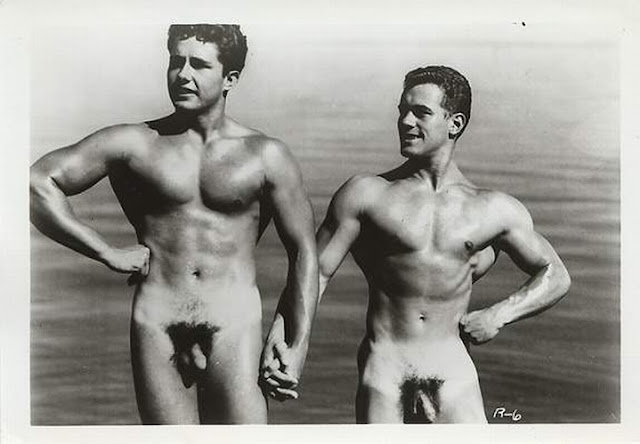 Although officially unattributed, I'm pretty certain this photo of Walt Needham and Mike Sill is by Dave Martin.  The only other frontal duo of these two is by Martin, and the setting is similar.  One of Walt Needham's greatest accomplishments was in working with blind people who had been classified as mentally ill.  In a groundbreaking major research project Dr. Needham showed that a significant number of blind mental patients actually suffered from a phenomenon very similar to phantom limb pain in amputees.  Their "hallucinations" were something else entirely,  and his research and the treatments that came out of it improved the lives of thousands
Posted by Vintage Muscle Men at 2:30 AM

Email ThisBlogThis!Share to TwitterShare to FacebookShare to Pinterest
Labels: Dave Martin, Whatever happened to . . .