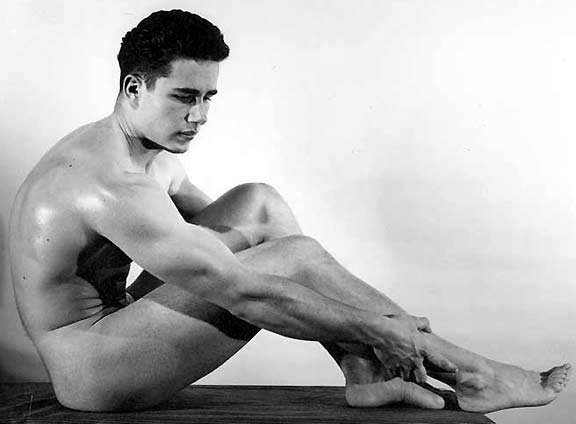 Although he looks quite serious in this Bruce of LA photo and had a very substantial and serious career as a clinical psychologist and educator, Walt Needham had a sense of humor.  His obituary describes him as an avid Laurel and Hardy fan who was a founding member of a commemorative club, Sons of the Desert.  The name is taken from a hilarious film by the famous duo.
Posted by Vintage Muscle Men at 2:30 AM

Email ThisBlogThis!Share to TwitterShare to FacebookShare to Pinterest
Labels: Bruce of LA, Whatever happened to . . .