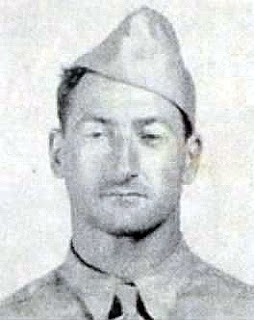 David Asnis enlisted in the U.S. Army in January of 1942 in the wake of the Pearl Harbor attack.  His war record was mostly lost in a fire in the 1970's and we only have some hospital records left.  He appears to have avoided being wounded, but seems to have been prone to skin infections.  Mr. Asnis' honorable discharge in July of 1945 could indicate European combat experience because the war with Japan was still on, and only heavy European Theater combat vets were being discharged at that point.  David got back into bodybuilding, getting honorable mention at Mr. East Coast 1946.
Posted by Vintage Muscle Men at 2:30 AM

Email ThisBlogThis!Share to TwitterShare to FacebookShare to Pinterest
Labels: david asnis, Whatever happened to . . .