Whatever happened to Paul Ferguson? 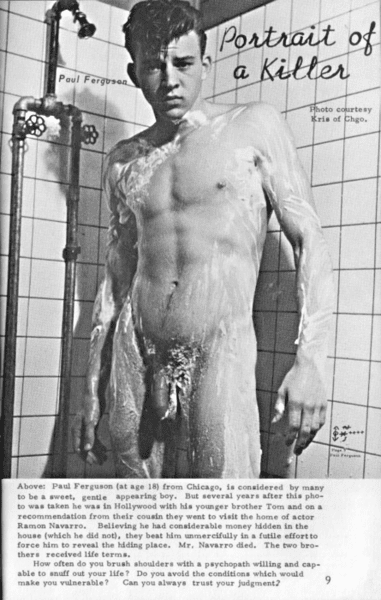 The past "whatever happened to" series that I've done have tended to focus on models who
went on to be photographers, film makers, artists, fire fighters, and other respectable sorts.
Well, given the background of some of these guys, it should come as no surprise that some s
tories didn't end well.  Today we'll look at Paul Ferguson, a man who modeled
for Kris in 1964 at age 18 and then went on to . . . well other endeavors.
The photo above is by Kris but was published in AMG's Physique Pictorial.
Posted by Vintage Muscle Men at 2:30 AM

Email ThisBlogThis!Share to TwitterShare to FacebookShare to Pinterest
Labels: AMG, Kris Studio, shower, Whatever happened to . . .