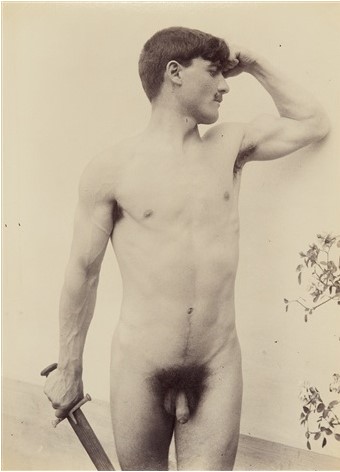 Wilhelm von Pluschow was the lesser known, but very talented, older cousin of Wilhelm von Gloeden.  We don't have as much of von Pluschow's work, but what we do have tends to be of good quality.  In fact, many observers give him a nod over his cousin when it comes to composition and technical skill.  I'm not sure whether the latter factor is due to the original work or due to better conservation of the prints and negatives.  Some of von Gloeden's material was vandalized, so we can't really know.  Whatever the case, today we look at five of von Pluschow's male nudes from the late 19th C.
Posted by Vintage Muscle Men at 2:30 AM