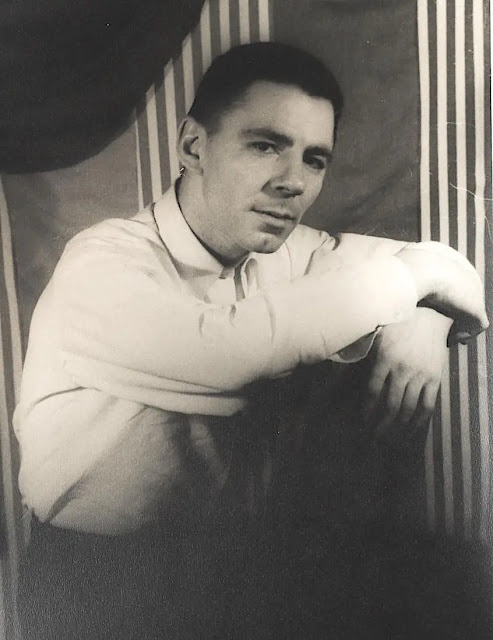 I haven't been able to find any nude photos of Ted Starkowski that can be reliably dated to after George Platt Lynes' death in 1955.  This 1956 shot showing Ted's belly is by Carl van Vechten.  It was shortly after this that Ted apparently found a sugar daddy.  I did some searches on a major genealogy website and found records of him traveling to Paris, the UK, and Havana a total of five times between 1957 and 1961.  He was also reported by some diarist acquaintances to have sported a diamond rind during that period.  I assume that Ted didn't pay for those things by turning tricks in the Village.
Posted by Vintage Muscle Men at 2:30 AM

Email ThisBlogThis!Share to TwitterShare to FacebookShare to Pinterest
Labels: Carl Van Vechten, Whatever happened to . . .