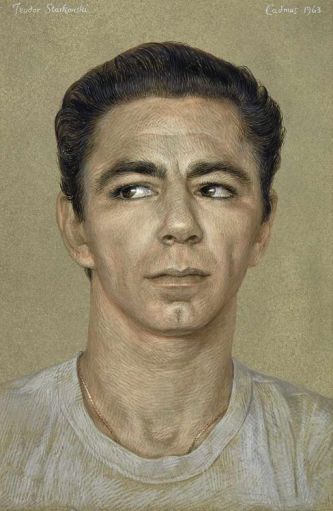 This is the latest image of Ted Starkowski I could find, and it is a Paul Cadmus portrait
from 1963 when Mr. Starkowski would have been 36.  Little is known of his last years,
but he was stuck and killed by a car in New York as he was leaving a bar in 1977.  His family
placed an obituary in his hometown newspaper that listed no profession, incorrectly gave his
military service as in Korea instead of World War II, and said there would be a private
service at an undetermined time with no visitation. 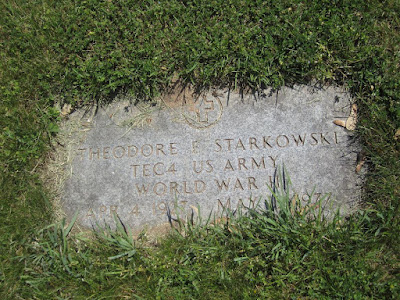 I'm left wondering what Ted would think about the fact that we're still marveling
over his life all these years later.  I don't say this often, but he is one of the characters
from that era that I would have given anything to know.
Posted by Vintage Muscle Men at 2:30 AM

Email ThisBlogThis!Share to TwitterShare to FacebookShare to Pinterest
Labels: art, Paul Cadmus, Whatever happened to . . .