As time passed, and the tempestuous relationship between Ted Starkowski and Chuck Howard
cooled, Ted continued to visit with and pose for the members of the PaJaMa Collective.
These three portraits of Ted are by Jared French from the PaJaMa period, early 1950s.
Jared French is said to have taken this photo of Ted Starkowski at the beach in the
early 1950s.  It looks like some of PaJaMa's work from the late 30s and early 40s, but the
group didn't even meet Ted until about 1950 when he and Chuck Howard were lovers. 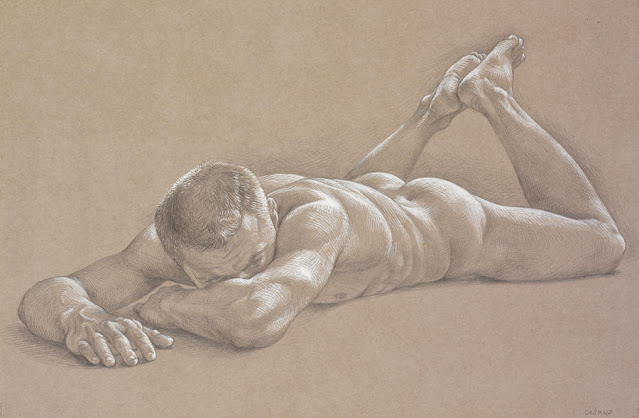 Although this drawing is generally credited to PaJaMa, the work is obviously that of Paul Cadmus. 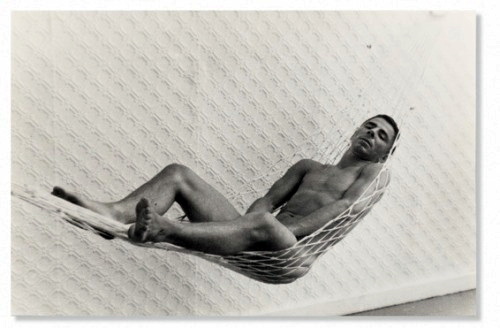 Ted looks great, if not completely relaxed, in a hammock in this 1954 PaJaMa photo.
Posted by Vintage Muscle Men at 2:30 AM

Email ThisBlogThis!Share to TwitterShare to FacebookShare to Pinterest
Labels: art, PaJaMa, Whatever happened to . . .