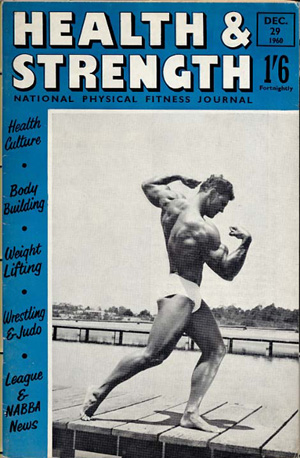 Ray Routledge won the Mr. America contest while stationed in Germany in the U.S. Air Force, having flown to LA for the contest.  So it's no surprise that he turned up on a European magazine cover.  The British version of Strength and Health sold for one shilling, six pence at the time.
Posted by Vintage Muscle Men at 2:30 AM