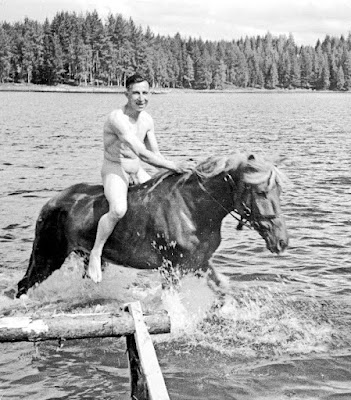 July, 1943 was when this "recruit in training" was photographed taking his horse for a swim.  I initially thought that the horse was a draft animal used for pulling wagons and sledges, but now I'm not so sure.  Mr. Google told me that the Finns had two elite cavalry brigades that were among their finest units of the war.  No, they didn't charge the Russians on horseback.  They used their mounts for deft mobility through the forests and dismounted to do the actual fighting.  Here's another photo: 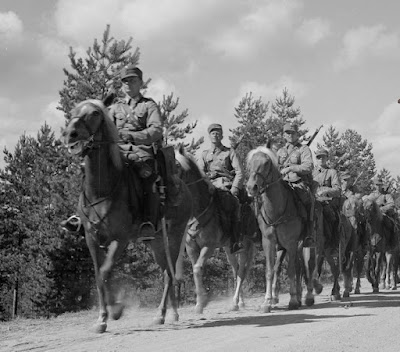