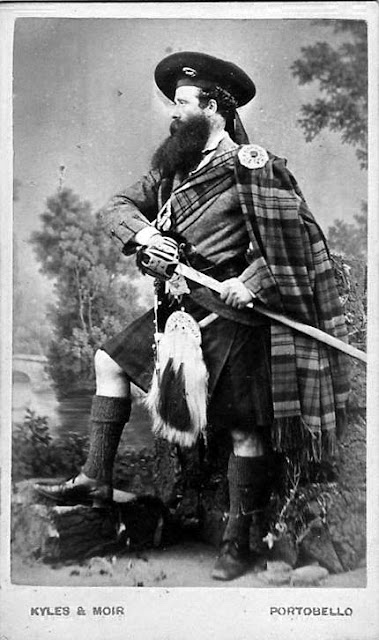 Although good with a catchy caption, Ken had such a vast collection that he would often label photos with a simple descriptive term and a number.  This is Scotsman 6, one of about 150 shots of men in kilts that he had.  Ken was born in the English Midlands, but he had Scottish heritage on his mother's side.  So he owned a pair kilts, describing them as "the most expensive togs I ever bought."  (Owning one myself, I can tell you that authentic ones are quite expensive.)  Since he lived his last two decades in Amsterdam, he proudly wore a kilt in the Dutch Orange tartan on national holidays.
Posted by Vintage Muscle Men at 2:30 AM