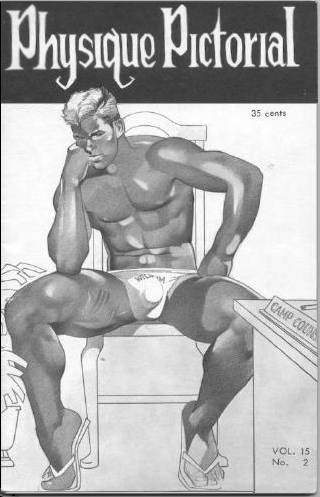 From what I can tell, Harry Bush's work began appearing in physique pictorial as early as 1963.  By January, 1966 Mr. Bush had a cover image in which a young man appears to have been sent for a disciplinary session with the camp counselor.  We all know where this is going, lol.
Posted by Vintage Muscle Men at 2:30 AM