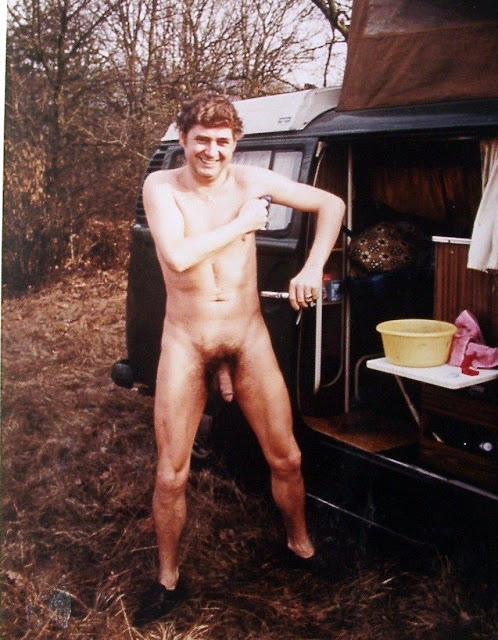 The Volkswagen Kombi was one of the first camper vans and is considered by some to be a precursor of the RV craze.  Affectionately called "Fau-Vay" by Germans, the VW brand has gone from being almost pure economy to a mainstream quality marque.  This guy is demonstrating that they still had a way to go at this point.  No shower, just a plastic bucket and washcloth.
Posted by Vintage Muscle Men at 2:30 AM