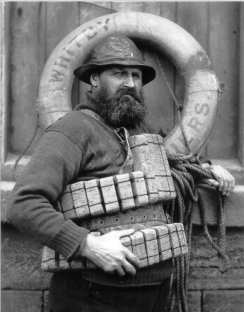 This handsome fellow is Henry Freeman (1835-1904) who was the only survivor of the Whitby Lifeboat Disaster of 1861.  The boat went out six times on the 9th of February that year, successfully rescuing dozens of merchant seamen on the first five trips.  On the sixth, however, the boat capsized, and Mr. Freeman was the only survivor, probably because he was wearing a new design of cork lifejacket.  The picture above was made later after the jacket design became the standard, and he is shown wearing the Silver Medal in the commemorative poster below. 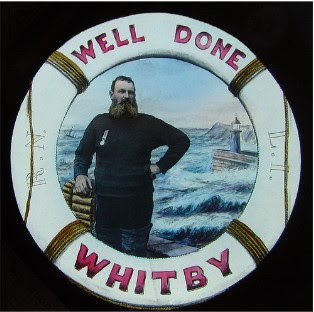 Email ThisBlogThis!Share to TwitterShare to FacebookShare to Pinterest
Labels: Sailor