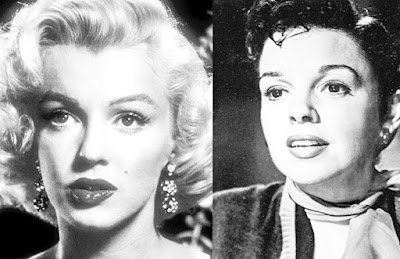 Joe Tiffenbach worked in a variety of jobs in the mainstream movie and TV industry in the 1950's and 60's.  At Fox, he eventually moved up from the mail room to the publicity department and even did location work with Charles Walters.  It was during this career stint that he met Judy Garland with whom he played poker to avoid boredom on the set of a movie.  He also had less intimate encounters with Marilyn Monroe and Debbie Reynolds.  Besides his movie studio work, Joe traveled the world in the making travelogues for ABC-TV and wrote episodes for Death Valley Days into the mid-1960's.
Posted by Vintage Muscle Men at 2:30 AM