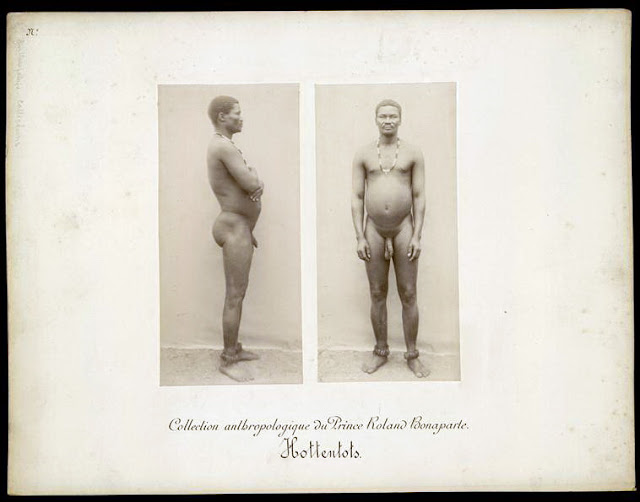 I took some cultural anthropology courses in college, but we didn't have an study aids like todays photos.  Most of these appear to be genuinely academic, while at least one was part of a less than admirable larger project.  We start with a photo by Prince Roland Bonaparte of a middle aged Hottentot male.  Bonaparte was a grand nephew of Napoleon and quite an intellectual.  He did photographic studies of several obscure (at the time) ethnic groups along with scientific physiological measurements.  Prince Roland was also president of the French Astronomical Society.
Posted by Vintage Muscle Men at 2:30 AM

Email ThisBlogThis!Share to TwitterShare to FacebookShare to Pinterest
Labels: Tribal