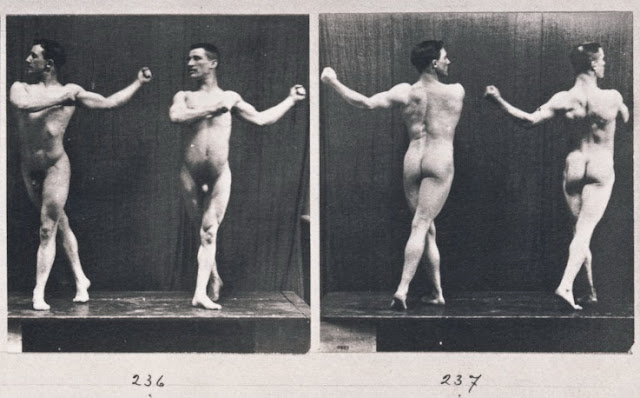 This set is attributed to Richer and is part of an early motion study.  Londe's motion studies
were more detailed and closer to the level of pioneers Muybridge and Maret, but Richer's
effort is interesting because it has two men.  I clipped this from a larger set to show detail,
and I think it should be called "one, two cha cha cha . . . three, four cha cha."
Posted by Vintage Muscle Men at 2:30 AM