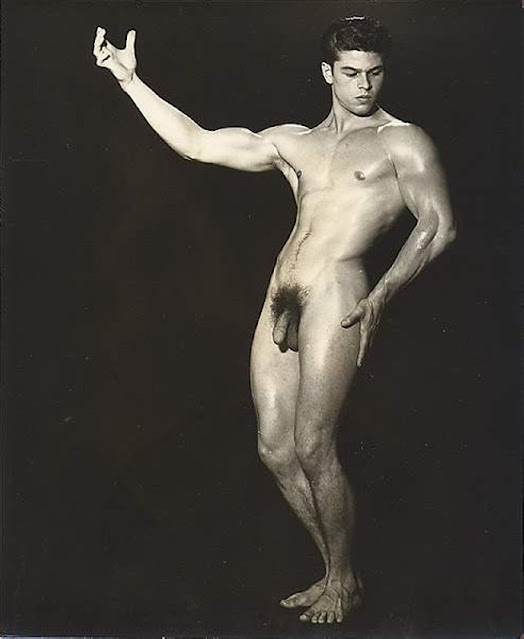 Loyal blog follower and Italian-American, Mike P., suggested I do a feature on another
Italian-American, Zaro Rossi, 1934-2005.  After serving in the U.S. Air Force during
the Korean War, Zaro returned to his home in the Los Angeles area and took up bodybuilding.
It wasn't long before he came to the attention of at least two important figures in physique
photography, George Quaintance and Dave Martin.  Zaro shuttled for a time between L.A.
and Phoenix where Quaintance had relocated before marrying and working several years managing fitness centers in the South Central USA.  He eventually settled back in Arizona and
moved his parents there.  We begin the series with this photo by Dave Martin.
Posted by Vintage Muscle Men at 2:30 AM