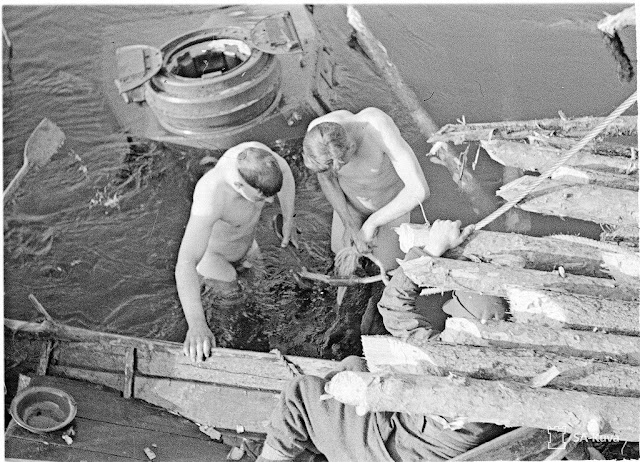 I think these guys are trying to salvage a German made tank that sank in a river.  The Finns were reluctant allies of Nazi Germany, but made a separate peace with the Russians in 1944 and threw the  German troops out of their country.  It got messy, but the Finns kept their independence.
Posted by Vintage Muscle Men at 2:30 AM