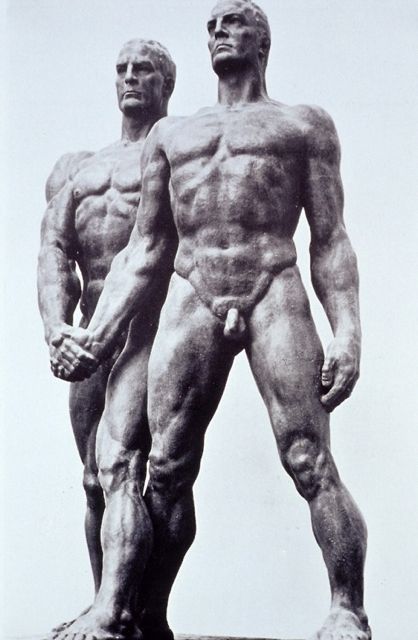 This is perhaps Thorak's best known work, "Comradeship."  It appeared at the German pavilion at the Paris World Fair in 1937.  Presumably, it was returned to Germany after the fair, but I haven't been able to find out what its eventual fate might have been.  A lot of Thorak and Breker's sculptures were either destroyed by Allied bombing or by denazification  proceedings after the war.
Posted by Vintage Muscle Men at 2:30 AM