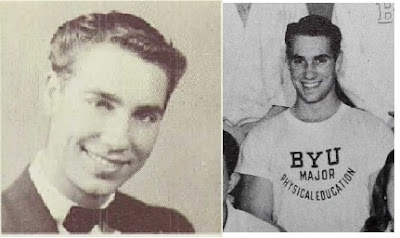 Reed Phippen appears here on the left in his 1955 Kaysville High (Utah) School Senior yearbook photo.  On the right, he was a freshman Phys-Ed major at Brigham Young University in 1956.  That was the year he came in fourth for Mr. Utah.  Like three of the other five top placed men, he took up modeling with a career that extended into the early 1960s as you will see below: 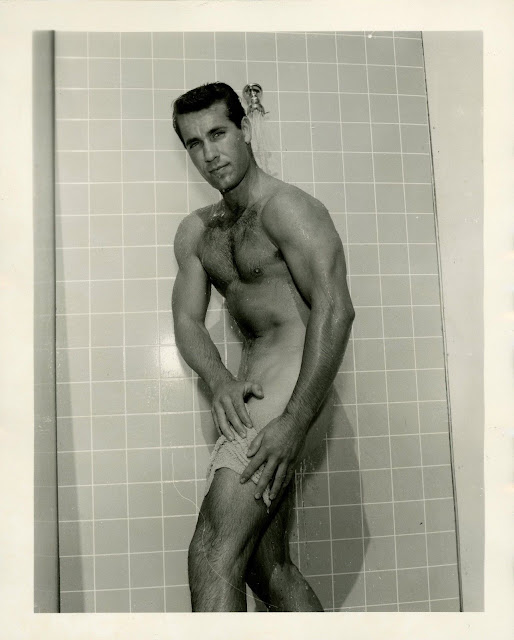 This is supposed to be an AMG picture, but it isn't the usual Bob Mizer shower.
Good to see some chest fur on Mr. Phippen here. 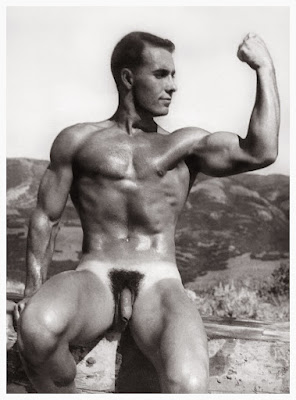 Dave Martin took this great photo of Reed Phippen at a location
he used for several other of the Utah bodybuilders. 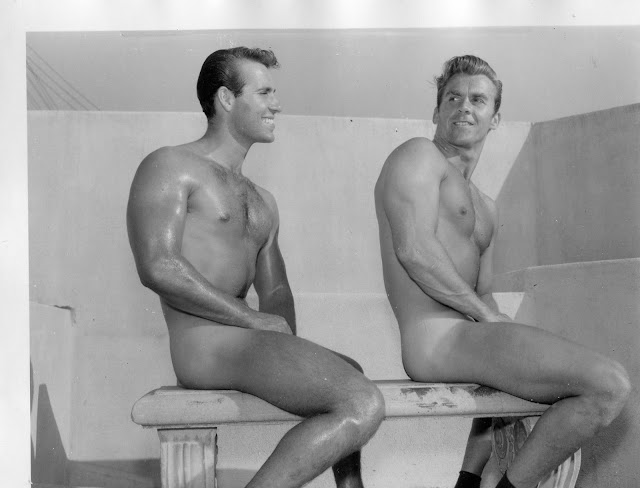 Somehow, Reed Phippen managed to not appear on any magazine covers I could find.
We can console ourselves with this AMG shot of him with John Krivos.
Posted by Vintage Muscle Men at 2:30 AM