Coming in third was Walt Needham 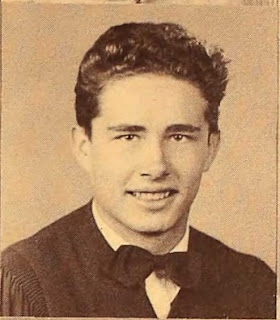 Walt Needham (1936-2012) lived a remarkable life and will be given his own "whatever happened to" series in a few weeks.  In the meantime, I'll give y'all a teaser today.  This is his 1954 Senior class photo from Salt Lake City's East High School.  He appears in the Latin Club and a few service club group shots, but not in the athletics section.  Odd, given that he took 3rd in Mr. Utah not long after. 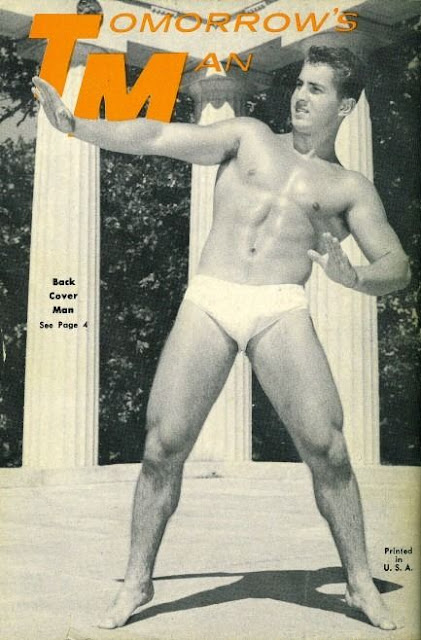 Like all but one of the top five 1956 Mr. Utah competitors, Walt Needham
appeared on magazine covers.  Tomorrow's Man was known to have been pitched
to gays, but it did feature quite a few serious competitive bodybuilders. 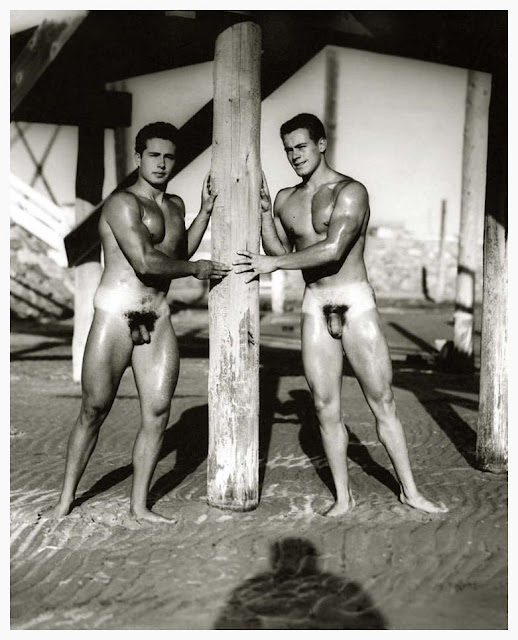 This Dave Martin shot of Walt Needham with Mr. Utah 1956 winner Mike Sill was featured
in another series a few months back.  I'm using it again because I'm saving my other frontal
shots of Walt for his upcoming "whatever happened to" series. 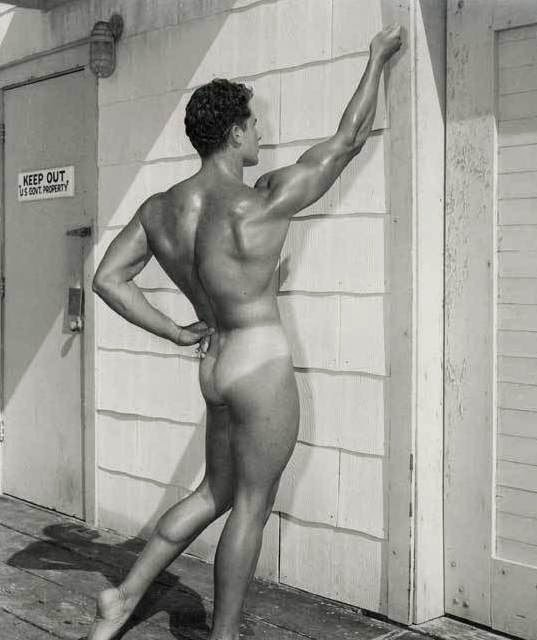 Although I don't have an attribution for this Walt Needham photo,
it looks like it might be by Dave Martin who visited Salt Lake City.
Then again, so did Bruce.  Oh, well.