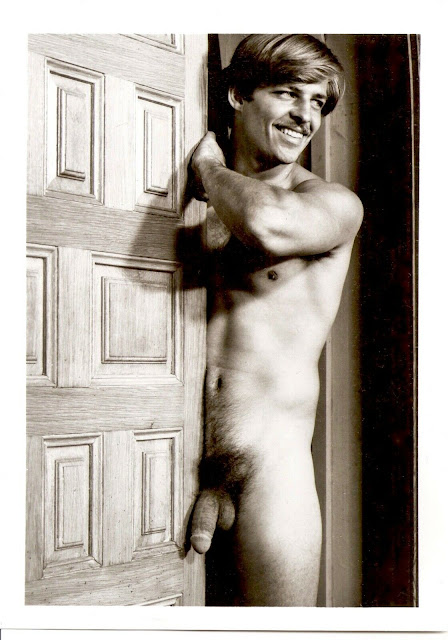 For some reason, this photo shows up credited to Jim French rather than Colt.  Since Mr. French was Colt, I don't know what the difference might have been.  Does it predate Colt?  I don't think so, because that hair style is pure 1970s.  But I could be wrong.  I've been wrong before.
Posted by Vintage Muscle Men at 2:30 AM