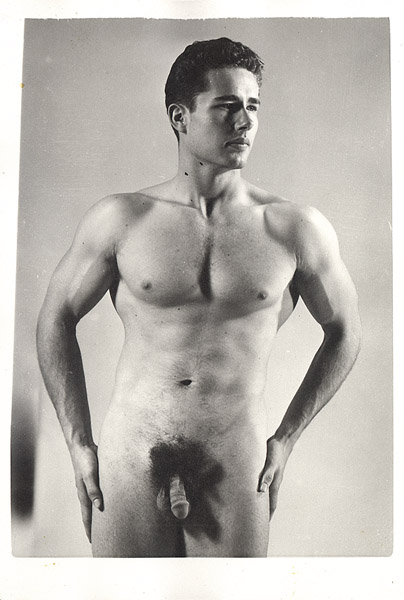 This photo of Walt Needham by Kris Studio's Chuck Renslow will no doubt be the favorite for many of you in today's series.  It isn't known if this photo was made in Utah, Kris' Chicago studio, or on one of Renlsow's visits to California.  In any case, some travel on someone's part was involved.  And speaking of traveling, in the early 1970s, Walt Needham moved his young family East to Connecticut where his psychology career took off and he eventually became a lecturer at Yale Medical School.
Posted by Vintage Muscle Men at 2:30 AM

Email ThisBlogThis!Share to TwitterShare to FacebookShare to Pinterest
Labels: Kris Studio, Whatever happened to . . .