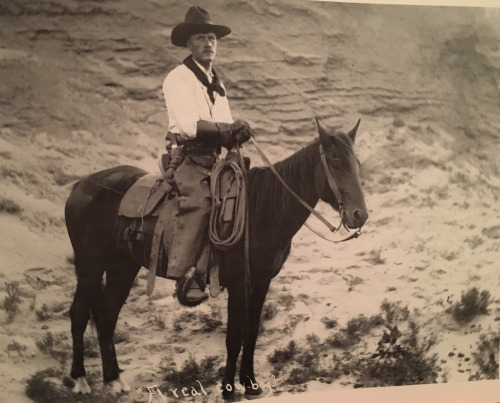 Part two of Cowboy Day features some historical photos of real cowboys.  In fact, the photographer of this one was so adamant about authenticity that he put "a real cowboy" across the bottom.  By the late 19th Century, they were already getting scarce.  This one almost dwarfs his horse, leaving me wondering if the man was large or the if the horse was what we called an "Indian pony."  That last bit had little to do with Native Americans by the time I came along and heard it.
Posted by Vintage Muscle Men at 2:30 AM

Email ThisBlogThis!Share to TwitterShare to FacebookShare to Pinterest
Labels: Cowboy