PaJaMa I - Ted and Chuck 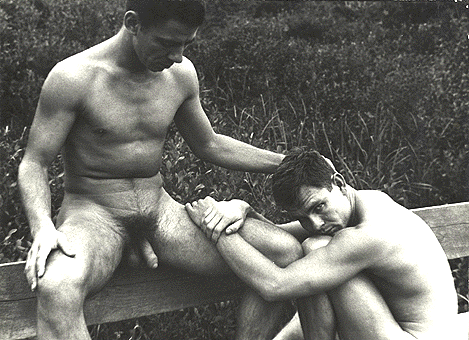 The ponderous biography of George Platt Lynes that I've been reading (no, I'm still not done with it) says that Chuck Howard was living with Lynes around 1950.  He had previously been the lover of Lynes' friend, the artist Bernard Perlin, whom he had met during World War II.  (We'll see some of Perlin's work later in this series.)  When Ted Starkowski came upon the scene, he and Chuck ended up together, having what was described as a tempestuous affair.  Not surprisingly, Lynes' friends from the PaJaMa group took up with these two using them as photographic models and, in Ted's case, an art model.  Who knows what else was going on?  I've posted this PaJaMa piece before, but I think you'll find it worth repeating. 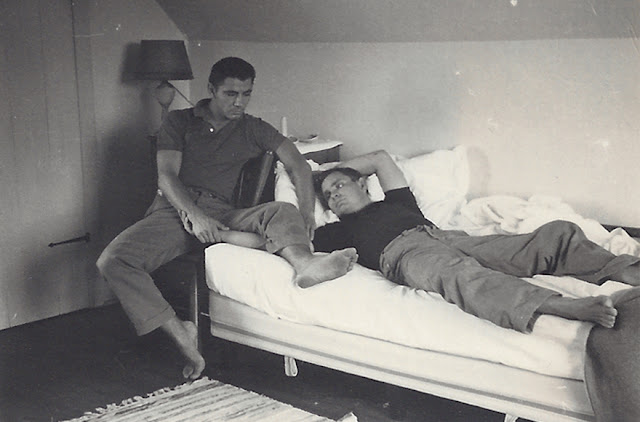 The chemistry came through even when they had their clothes on . . . 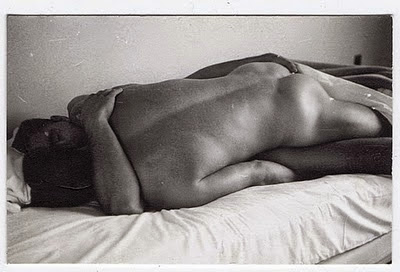 . . . and even more so when the clothes came off again.
Posted by Vintage Muscle Men at 2:30 AM

Email ThisBlogThis!Share to TwitterShare to FacebookShare to Pinterest
Labels: duo, PaJaMa, Whatever happened to . . .