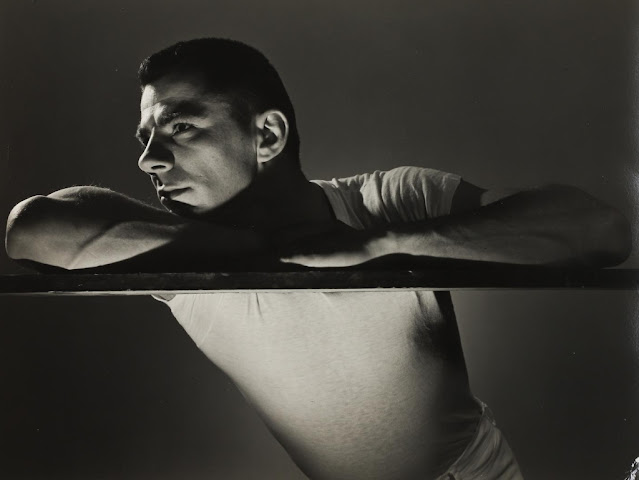 There is no better example of the intertwined nature of post World War II gay cultural life in New York than Ted Starkowski.  The son of Polish immigrants and one of six brothers, he was born  in Hartford, Connecticut in 1927 and grew up there.  Ted's 1945 draft registration card is below: 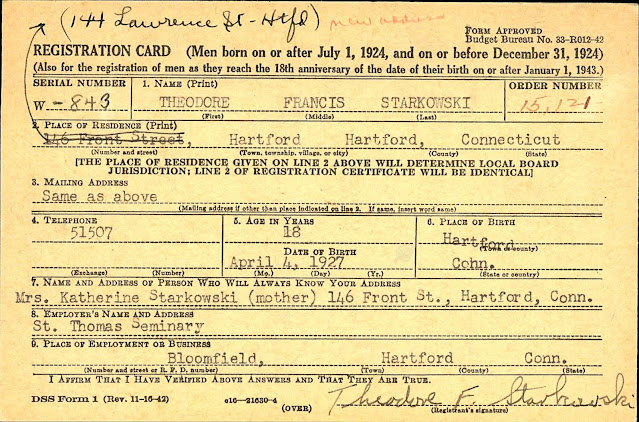 Ted only made it through three years of high school and was working at a Catholic seminary when
he registered.  (That job must have presented some interesting opportunities to a guy like Ted.)
He was drafted into the U.S. Army in the dying days of World War II, and when he finished his
hitch he initially moved back in with his mother in Hartford.  Shortly thereafter, however, he
went to New York to live with Bernard Perlin whom he met while in the Army.  (More about that
later.)  Before long, he was hobnobbing with George Platt Lynes, Paul Cadmus, Jared French,
Margaret Hoening, Carl van Vechten, the aforementioned Bernard Perlin, and no doubt others.  When his live-in affair with Perlin didn't go well, he moved out and took up hustling tricks in Manhattan. 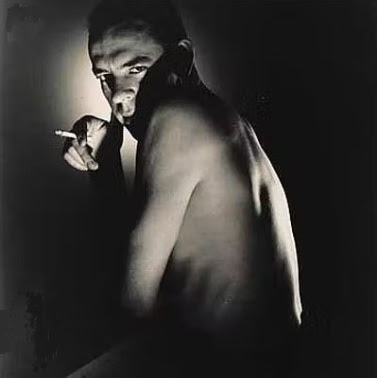 As you will see, there are a lot of unanswered questions about this remarkable
man's life.  Today we look at whatever happened to Ted Starkowski,
and this photo by Lynes sort of sums up his enigmatic nature.
Posted by Vintage Muscle Men at 2:30 AM

Email ThisBlogThis!Share to TwitterShare to FacebookShare to Pinterest
Labels: George Platt Lynes, Whatever happened to . . .